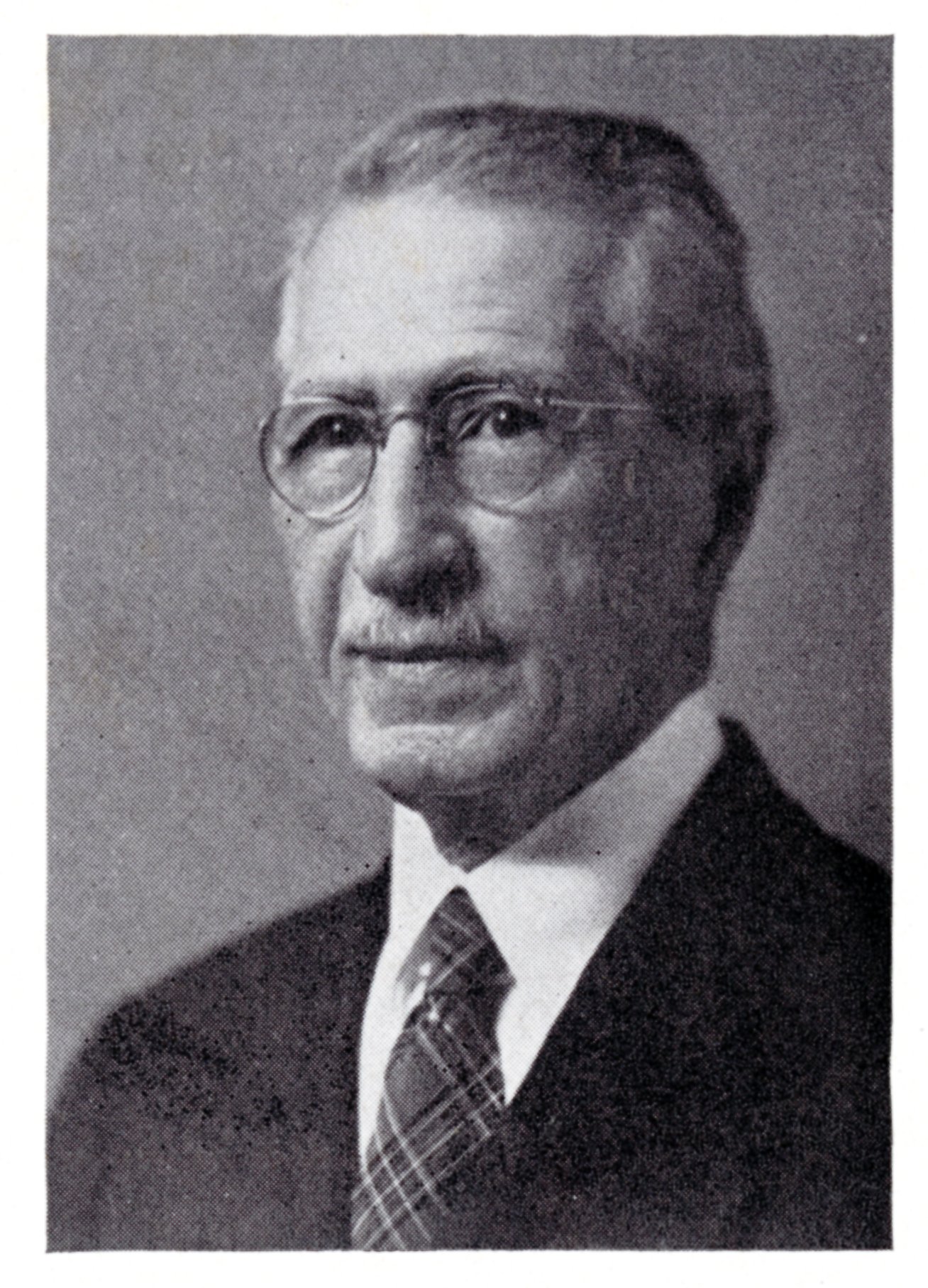 Ka Moolelo O Iolani, 1937. (Publication title did not use diacritics at the time.)

Colonel Curtis Pi‘ehu Iaukea (student from 1863-1870) -
Col. Iaukea was one of the earliest students of the school (known as St. Alban's College at the time); student of Rev. Mason both on O‘ahu and Maui; boarding student. Embodiment of King Kamehameha IV and Queen Emma's desires to educate the children of Hawai‘i to become future leaders, and a friend of the young Prince Albert who died at 4-years-old. He was a member of the school's Board of Governors in the 1930s, a yearbook dedicatee in 1937, and the Nu‘uanu Campus had a dormitory named Iaukea Hall.

He is said to have been the protogé of Kings Kamehameha IV, V and Kalākaua; he served under King Kamehameha V, King Kalākaua, and Queen Lili‘uokalani, and held positions under the Kingdom, Provisional Government, the Republic of Hawai‘i, and the Territory in the roles of Chief Secretary of Foreign Affairs, Collector General of Customs, Chamberlain and Crown Land Agent and Commissioner, elected tax assessor for County of O‘ahu, elected county Sheriff, elected Territorial Senator, appointed Secretary of Territory of Hawai‘i, etc., and in his roles was received by various leaders of the world. He also held many awards and distinctions. 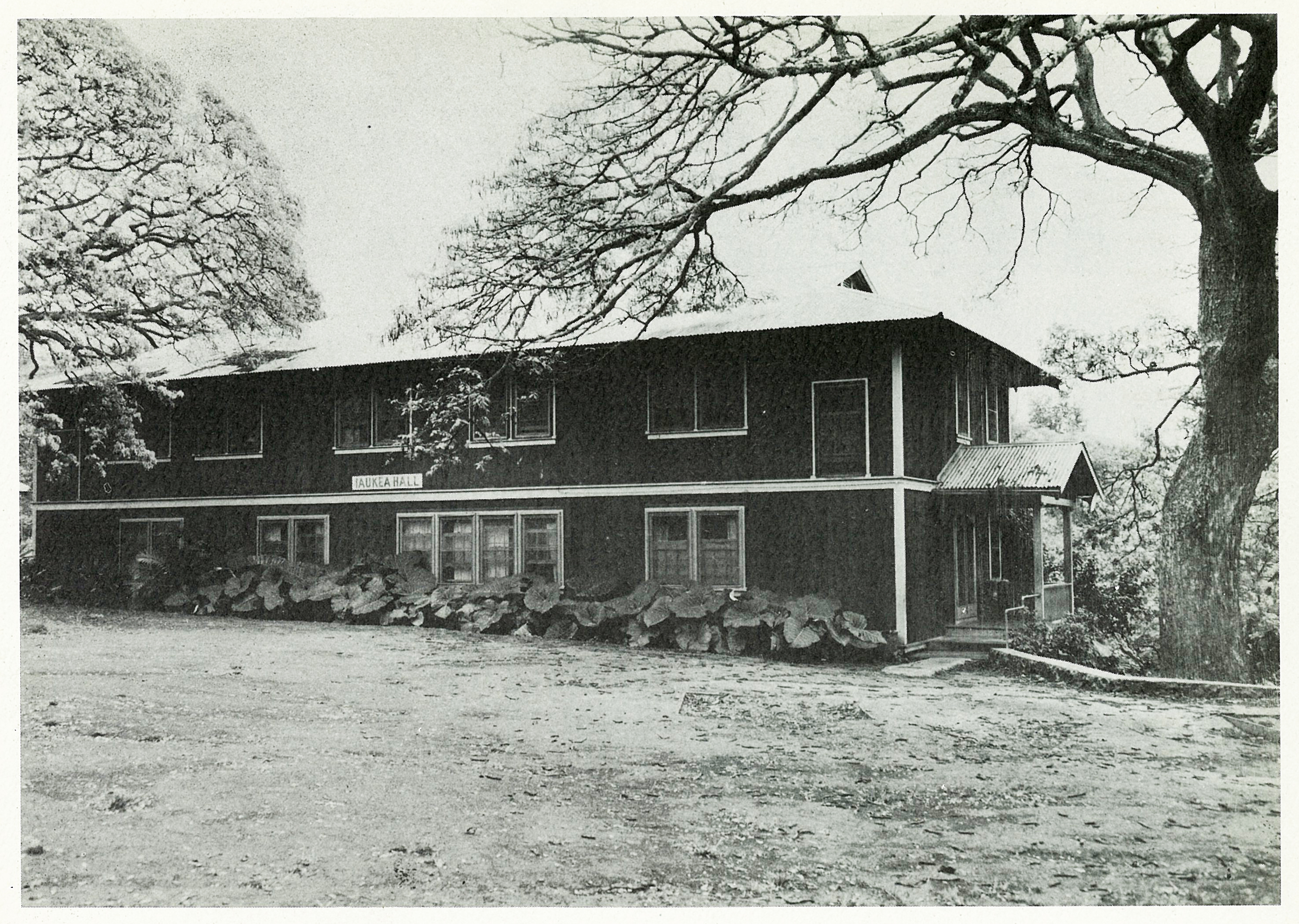 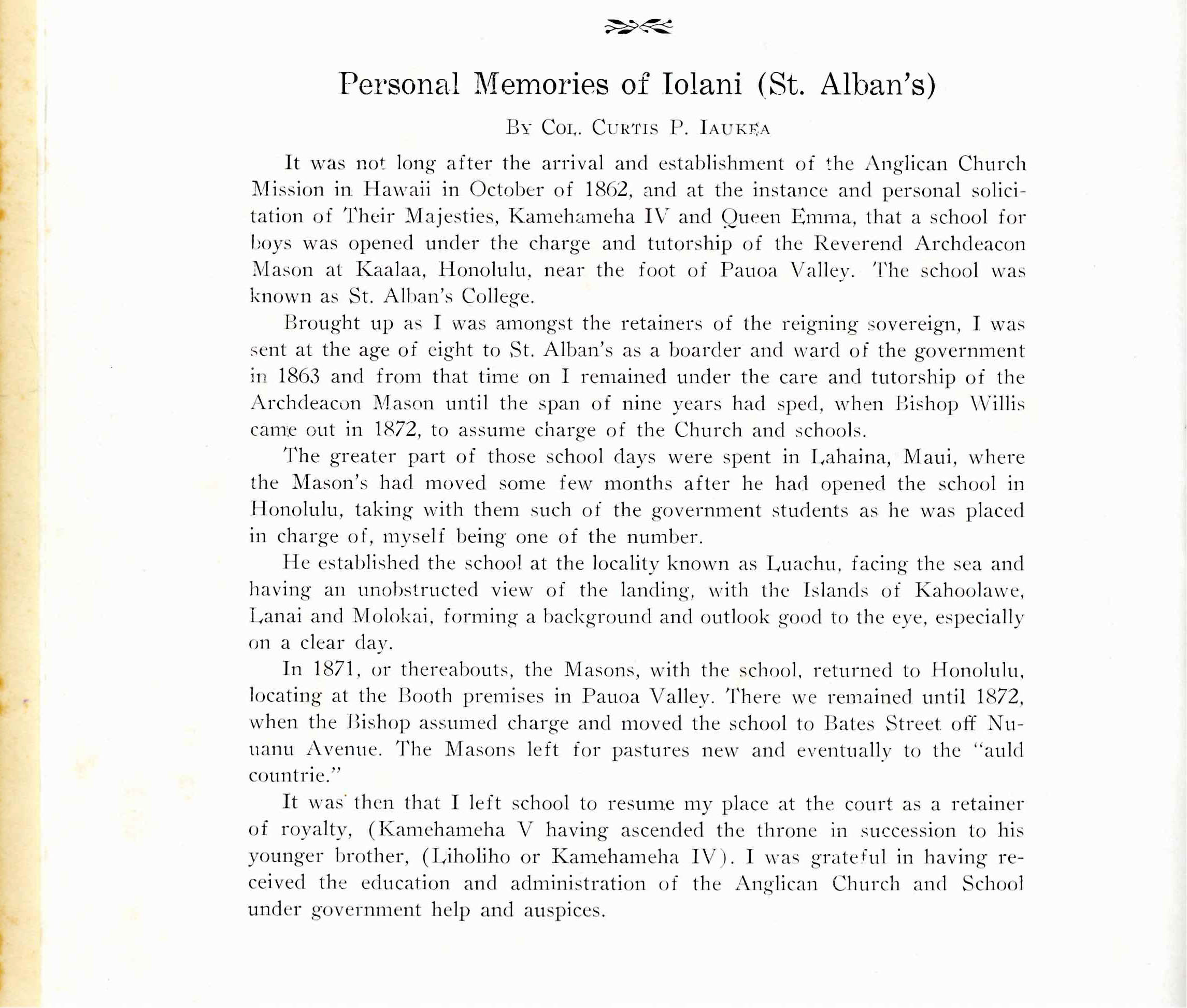 Resources for More About Col. Iaukea

Hawai‘i State Archives:
Curtis P. Iaukea
Photo No PP-73-3-016 (circa 1886) Secretary to the last Hawaiian Monarch, Secretary of the Territory of Hawai‘i and Commissioner of the Board of the Territorial Archives.
Manuscript No. M-70

By Royal Command: The Official Life and Personal Reminiscences of Colonel Curtis Pi‘ehu Iaukea at the Court of Hawai‘i's Rulers
By Curtis Pi‘ehu Iaukea and Lorna Kahilipuaokalani Iaukea Watson
Edited by Niklaus R. Schweizer
Honolulu: Hui Hanai, 1988
Available in the Tsuzuki Group Library (Upper School; call no: H 996.902 Iaukea B) and in the Archives.

The Queen and I: A Story of Dispossessions and Reconnections in Hawai'i
By Sydney Lehua Iaukea
Berkeley and Los Angeles: University of California Press, 2012
Includes extensive passages from an unpublished work by Curtis Iaukea.

For more information, schedule an appointment to conduct your research. Please note the Archives' open hours on the Welcome tab of this guide.